What Makes the Chinese Language Unique?

The Chinese language is by far, one of the most diverse and complicated languages in the world. Chinese translations involve much knowledge and effort to ensure complete accuracy and clarity. Because of the significant differences between the English and Chinese languages, created mostly because each belongs to a diversely different language family, Chinese is a difficult language for English speakers to learn and vice versa.

What Makes the Chinese Language Unique?

The Chinese language is not a single, universal language. In fact, it is comprised of several dialects, depending on the region from which the speaker comes. 70% of Chinese speakers speak Mandarin, or Northern Chinese, which is also the accepted written language for all Chinese people. However, several other dialects are used, including Taiwanese, Wu, and Cantonese.

For English speakers, we are used to reading and writing using the 26 letters of our alphabet. This is true of all languages using the alphabet system. Yet, the Chinese language is very different in that a chain of letters does not form words. For this reason, Chinese learners often find reading, writing, and spelling in the English language very difficult. Chinese words are based on a logographic system. This means that each word is represented by a specific symbol.

Phonology is the way in which language system sounds are organized. Phonemes are significantly different between English and Chinese. In English, tones are used to place emphasis or emotion on a word. Yet the Chinese language is considered and distinct tone language, meaning that pitch is utilized to show the meaning of a word, rather than emphasis or emotion.

English is a language of inflection. We use grammar and verb tense to create context and understanding thereof. Because Chinese is an noninflected language, relying on word order to convey meaning, English words are often strung together in an unconventional order or missing the verb entirely.

The Chinese language contains fewer vowels than English, resulting in the faulty pronunciation of many words. Final consonant sounds, such as the double L, often present a slight problem in pronunciation. These, compounded with problems with intonation, often result in heavily accented English, even in the most advanced of Chinese to English learners. 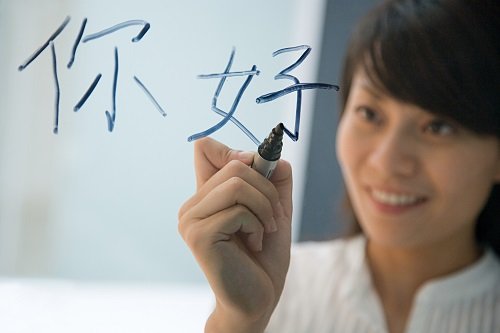 If asked to translate or interpret Chinese dialects, it is essential that the translator or interpreter rely on more than a working knowledge of the Chinese language in general. They must be well schooled in dialect differences, as well as differences between languages, and the written logographic system. Effective Chinese translation is a great way to market your product or service within the Chinese market or to reach Chinese associates in your chosen field. Breaking down this language barrier and communicating your friendliness, as well as cultural sensitivity and awareness will increase and improve perception of your business among Native Chinese speakers.

Translators USA employees only the most qualified professionals for Chinese translations; ensuring complete accuracy with each translation. Call us today of request a free no obligation quote at sales@translators-usa.com

Ready for your next project?

Get a free quote on your translation, transcription or interpretation project

GET A FREE QUOTE

Only takes a few seconds!

Ready to get started?

Translators USA is A+ rated by the Better Business Bureau for translation,
interpretation and transcription services.